The pedal scooter “Kroshka” is a children’s analogue of the motor scooter Vyatka VP 150. But unlike its older brother, it has three wheels and a chain drive. Intended for children from the age of three to seven years. 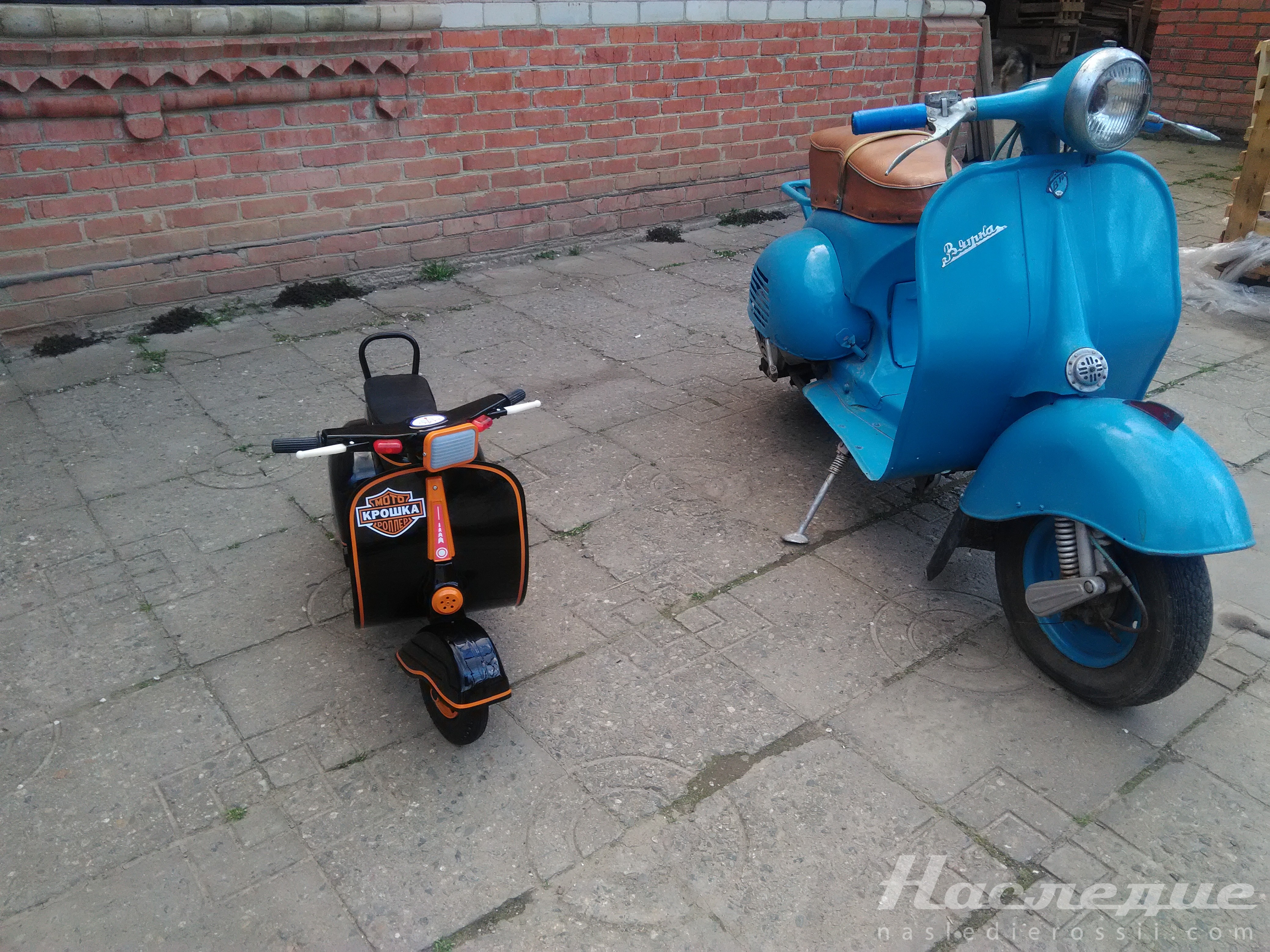 Pedal  scooter produced a  in Petropavlovsk (Kazakhstan). On August 14, 1941, the first batch of workers arrived in the quantity of 240 from the plant No. 239 evacuated from Leningrad. From the station to the new place the equipment was delivered by bulls and on itself. On September 18, the first machine was launched. By the end of November the evacuation of the plant was completed. The new enterprise produced defense products: sea mines, depth charges, torpedoes. For labor heroism 982 people were awarded orders and medals, 38 people were awarded with diplomas of the Supreme Soviet of the Kazakh SSR. Military products form the basis of production, but production of civilian products was also established. In addition to Kroshka , which were produced from the late 70’s to the late 80’s, trailers for cars and tractor trailers 2-PTS6, six-ton ​​trailers with springs, car trunks, child cart “Start” , soldering lamps and metal cans with a capacity of 20 liters.

Pedal scooter Kroshka, when carefully compared, rather similar to his Italian fellow – pedal motor scooter Vespa. Scooters can be compared in the following photos below. 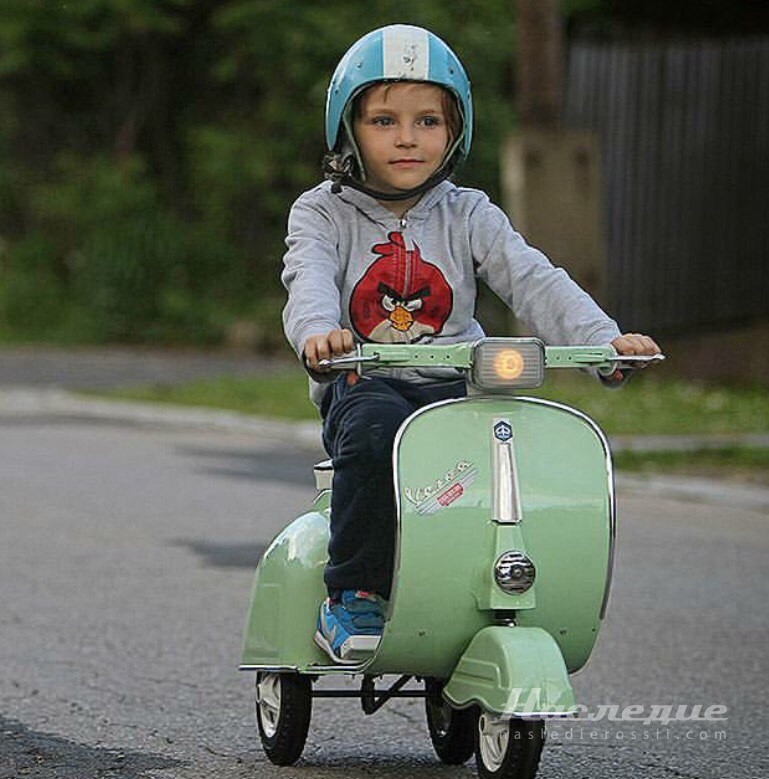 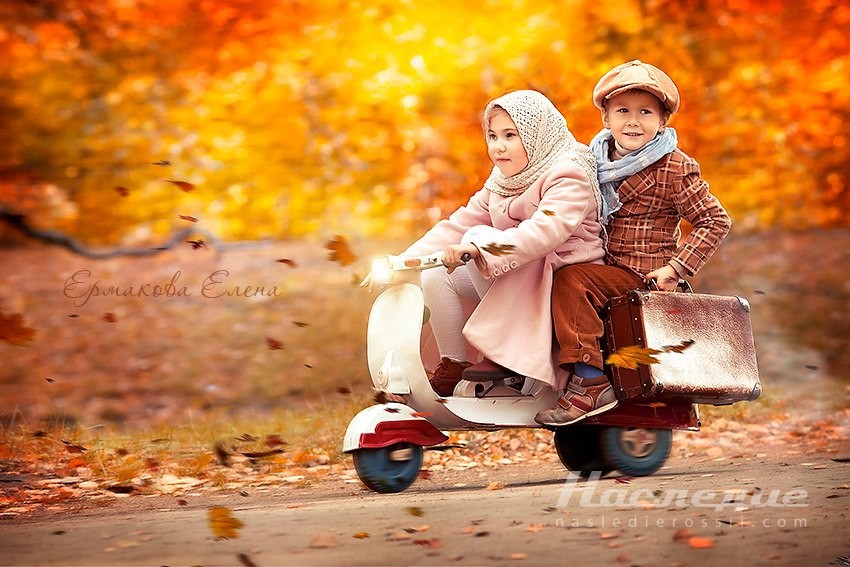 Also, scooters can be found and differences, depending on the year of manufacture. In principle, they all boil down to the shape of the rear handle, but nevertheless for those who collect such things this moment is also important. On the first Kroshki the back handle was round and the stickers were red: 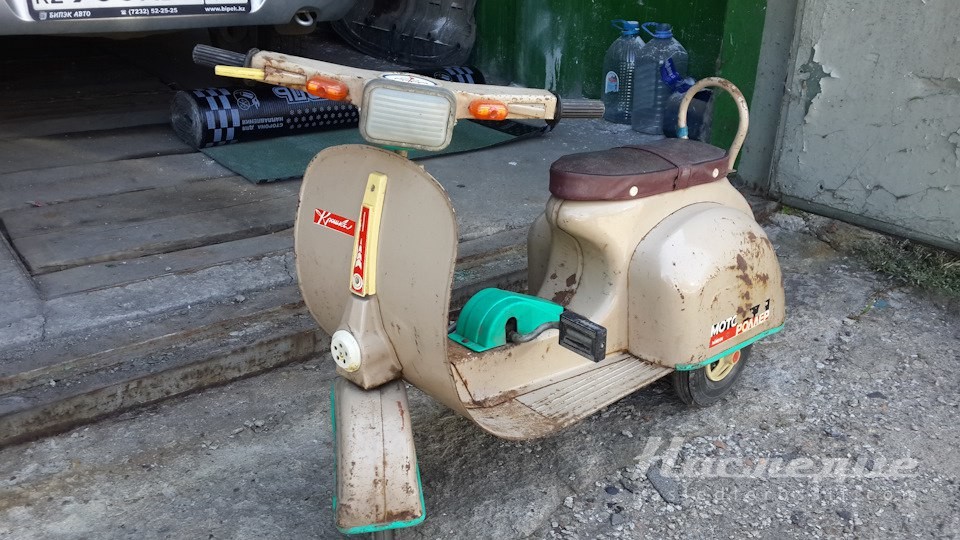 Then on the handle appeared plastic flashlight of the rear stop: 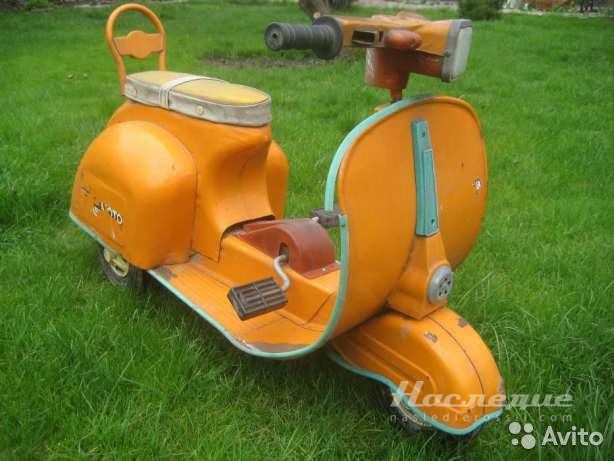 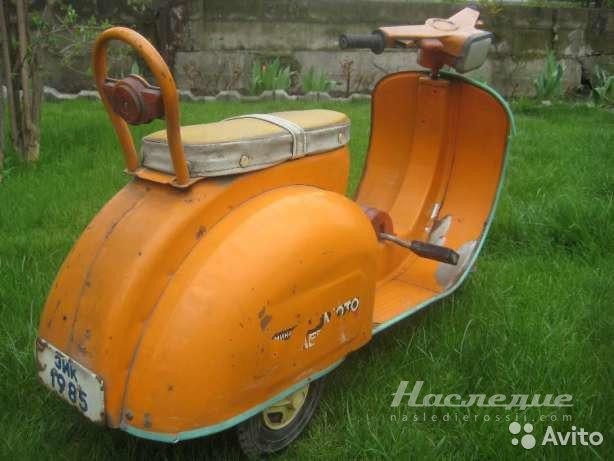 and the stickers began to make blue: 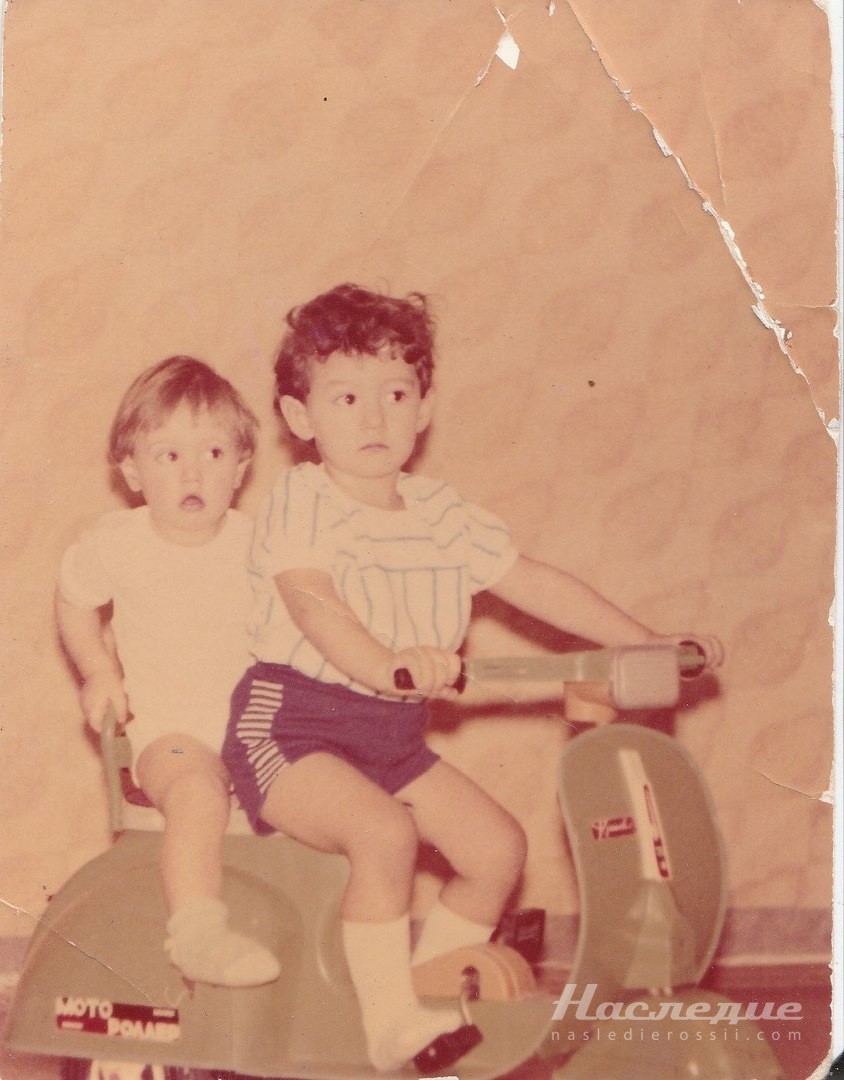 At the last modification, the flashlight was removed, the shape of the handle was slightly modified, making it more angular. Obviously this form is more convenient when you hold it in hand: 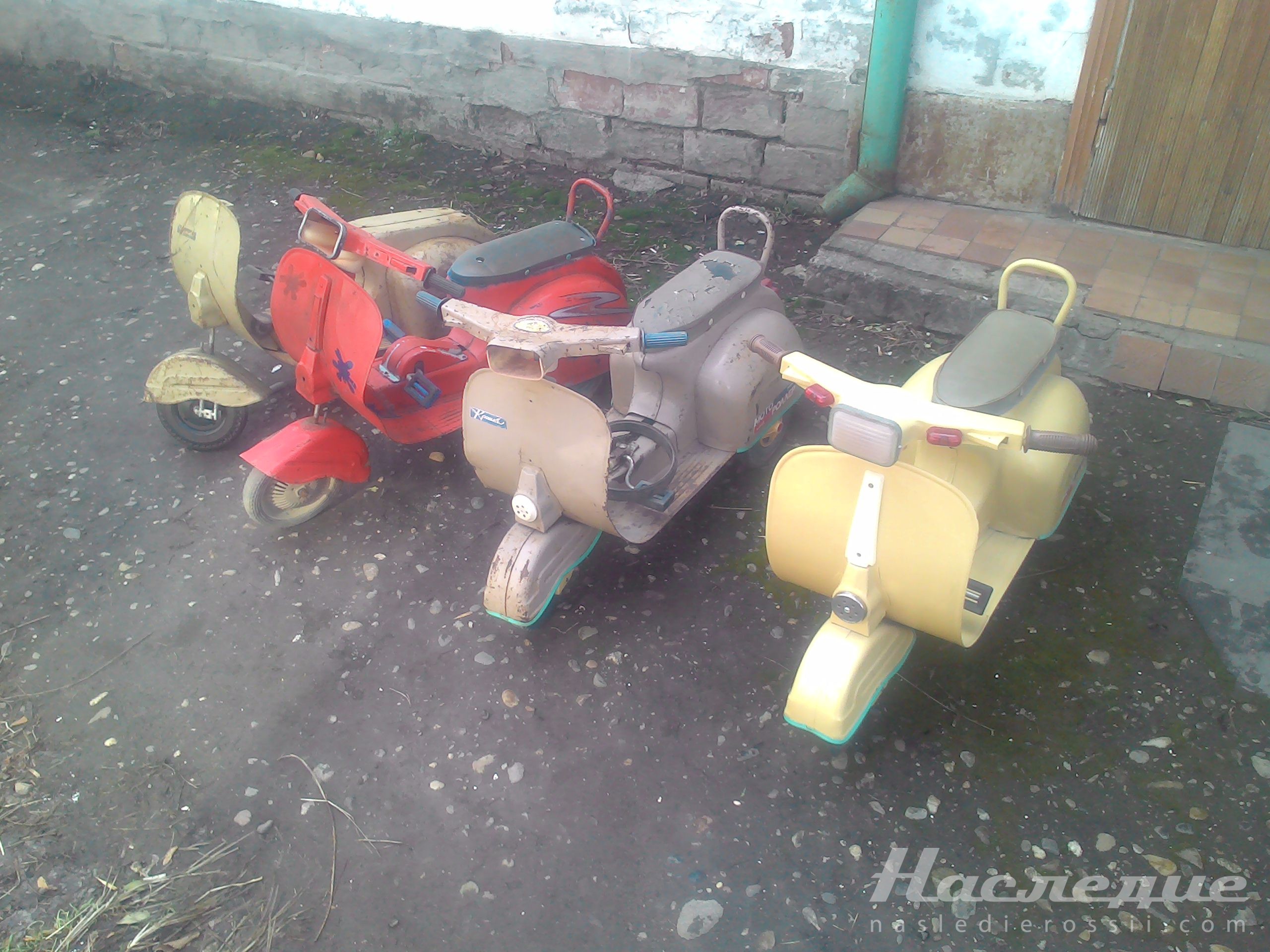 There are also scooters without a handle. Some classify them as the fourth variety, produced in recent years, but this can be argued. After all, the handle  is removable and there are no guarantees that they simply have not been removed as unnecessary: 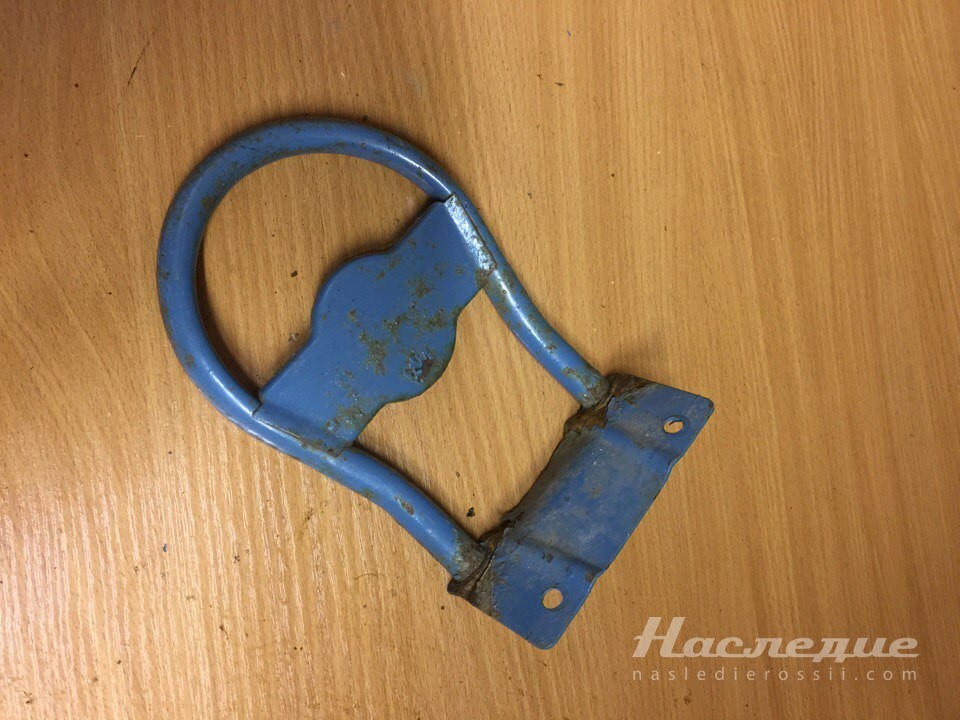 In the restoration of pedal scooter Kroshka is not so simple, despite its very simple form. The first problem is the abundance of small plastic decorative details that children, in the process of exploitation, very quickly break and spoil. We have to buy new-builds, and the prices for them are very expensive. To complete the shown below Kroshka, it took me 6,000 rubles. The second problem is the rounded forms of the rear part of the motor scooter and the front shield, which is facial on both sides and just does not put out its filler, because there will be a lump on the back. I have to tap repeatedly, trying to achieve the desired result. An example of restoration of a pedal scooter Tiny can be seen below: 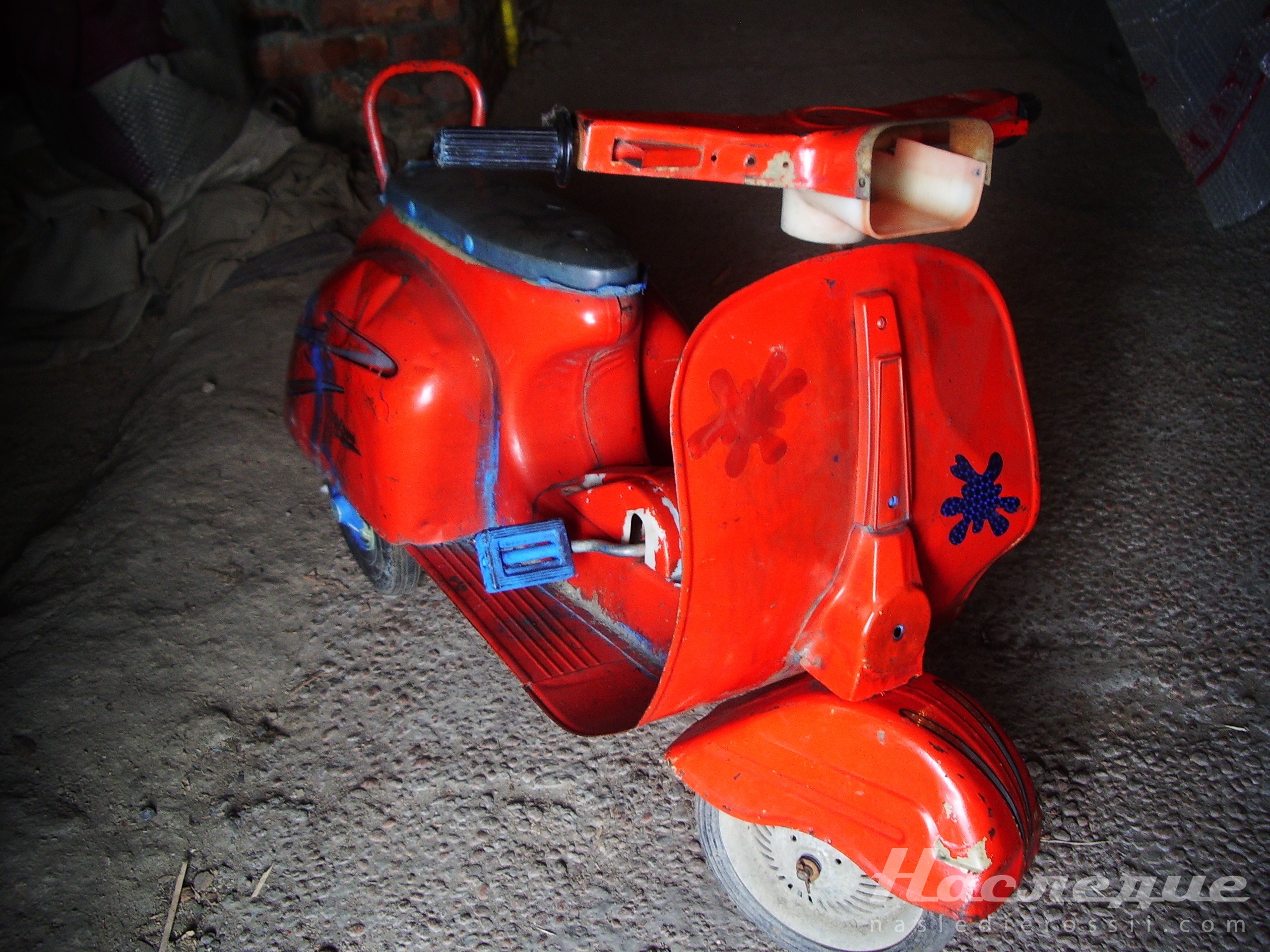 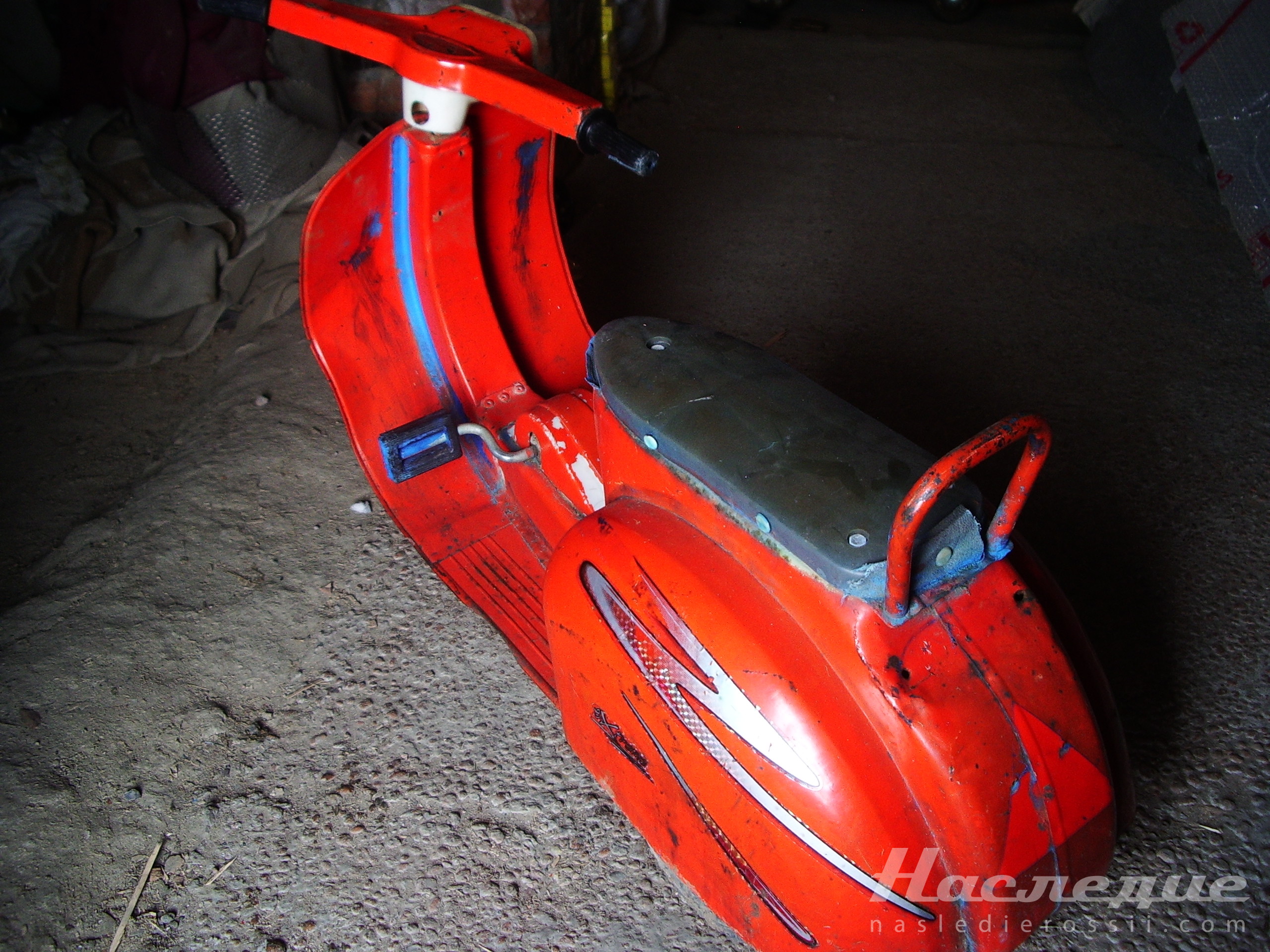 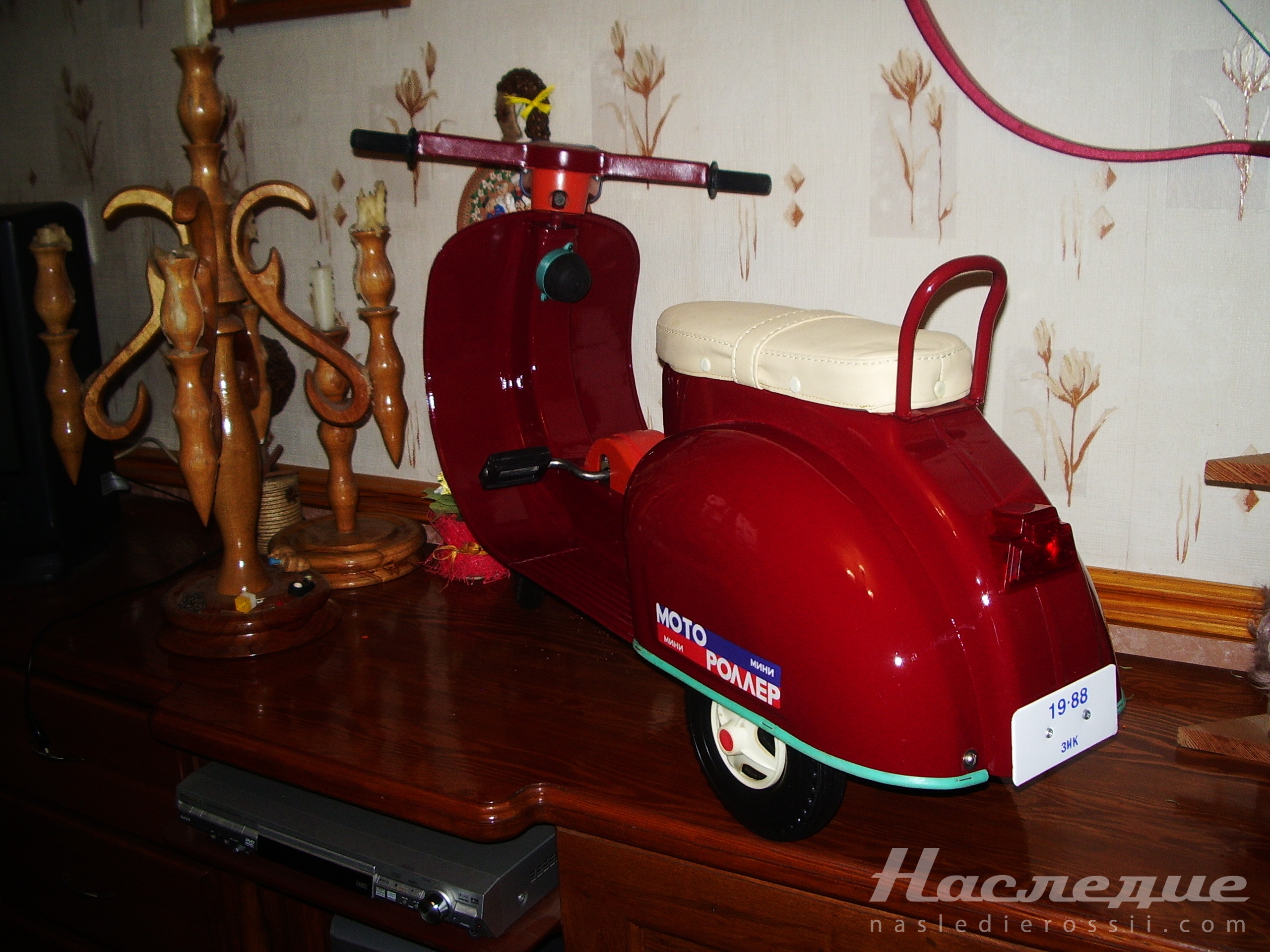 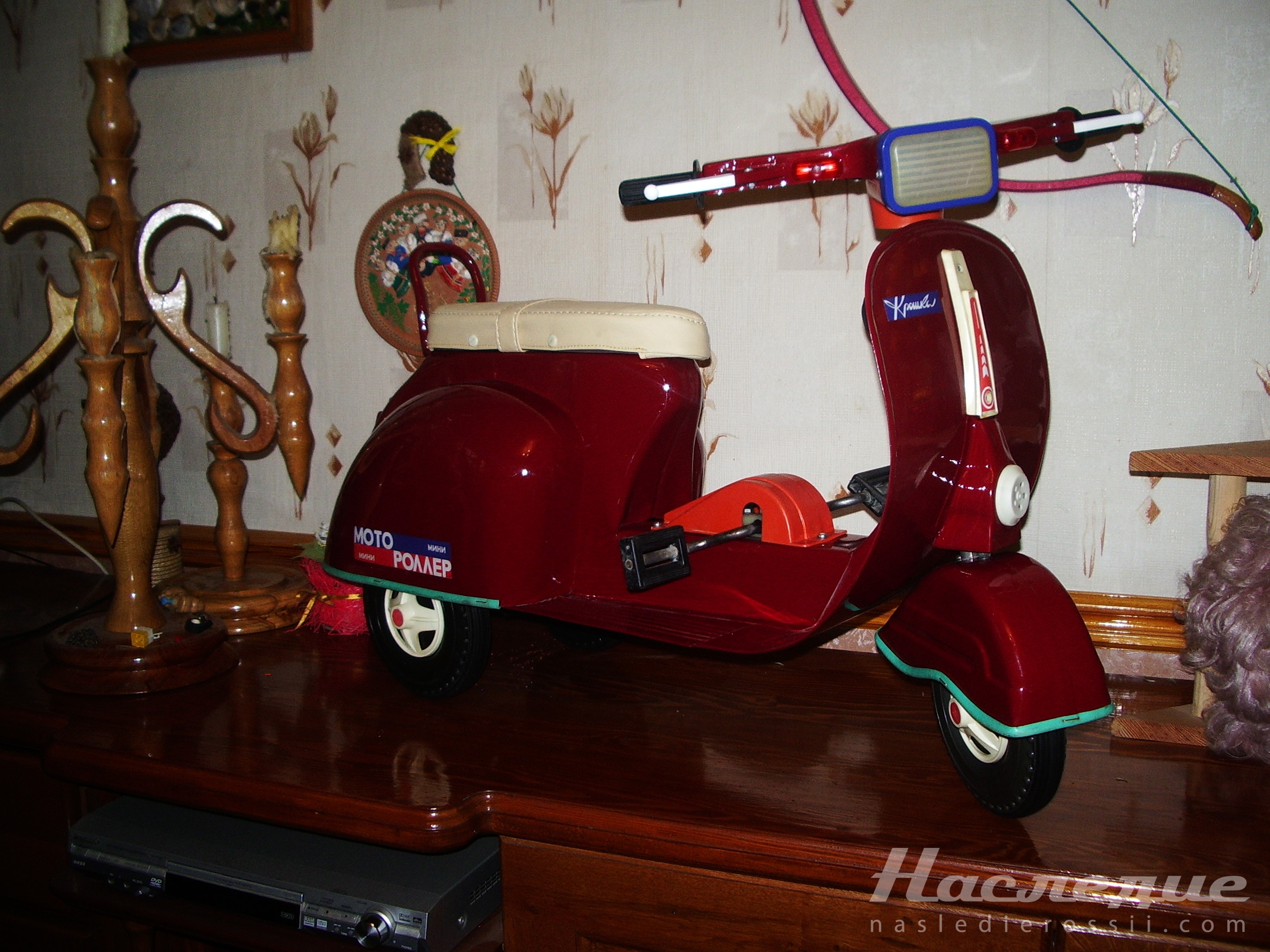 But for special cases, you can do something more interesting. For example, for the motor show JUMEKS 2018 held in early April, I decided to make a pedal scooter in the style of Harley Davidson. I admit honestly – the idea is not mine, the first such scooter was made by my colleague-restorer Ruslan Kuchmanov. Here is his scooter: 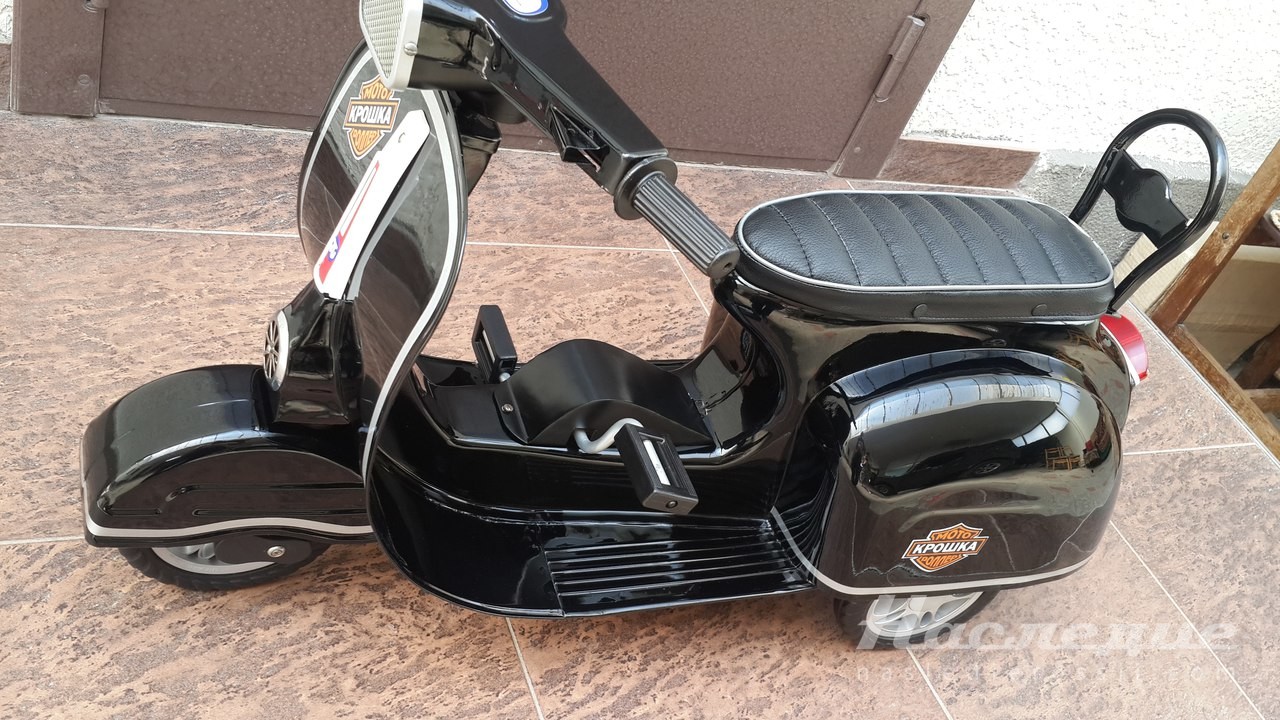 I flipped through the catalog of Harley Davidson’s motorcycles, and I stopped my gaze on this bike: 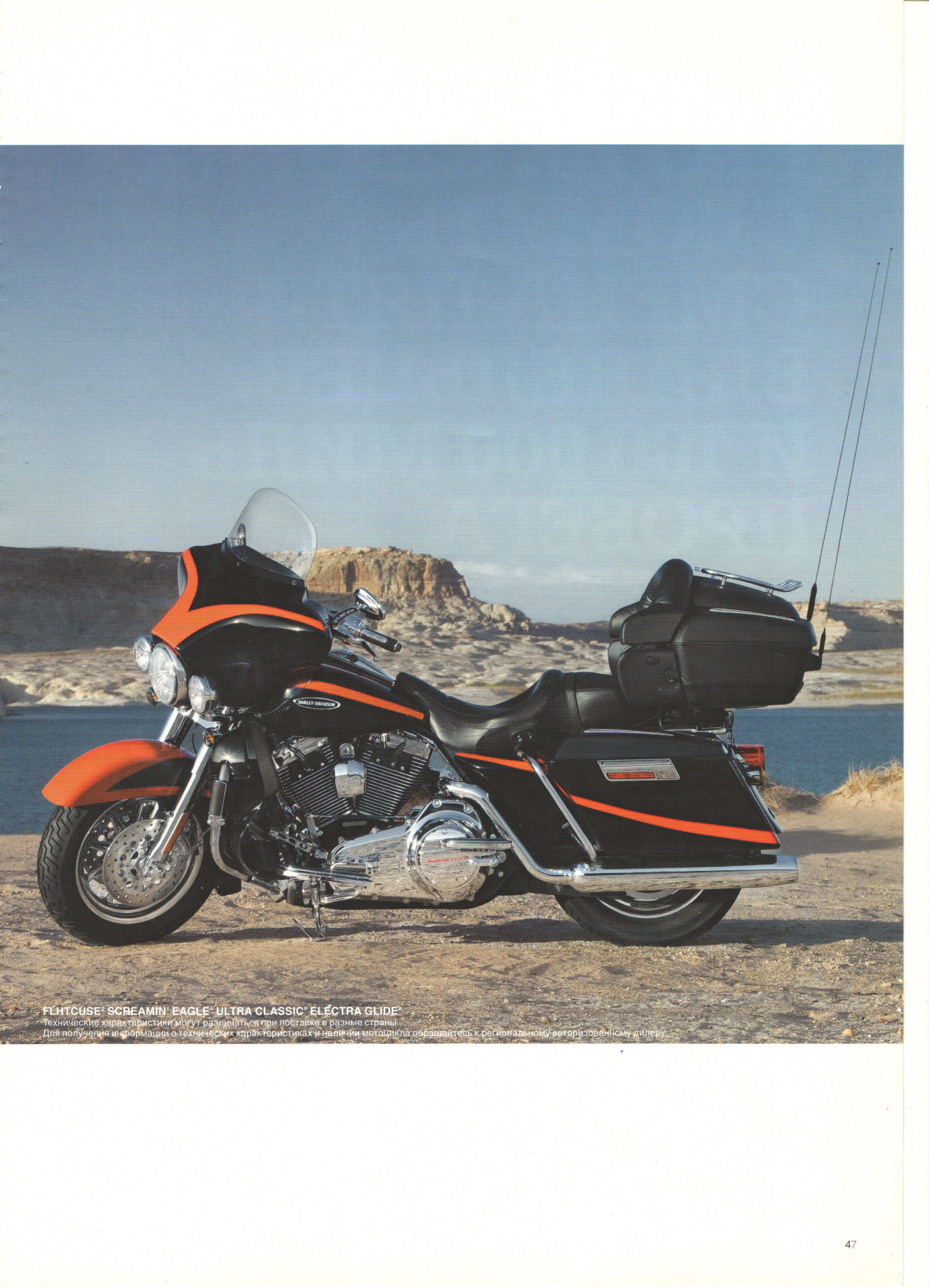 As the source was taken here is this much-seen  scooter, carefully painted with a paintbrush in red by all the beloved PF 115:

After the restoration, we got a pedal scooter Kroshka, stylized for a motorcycle Harley Davidson: 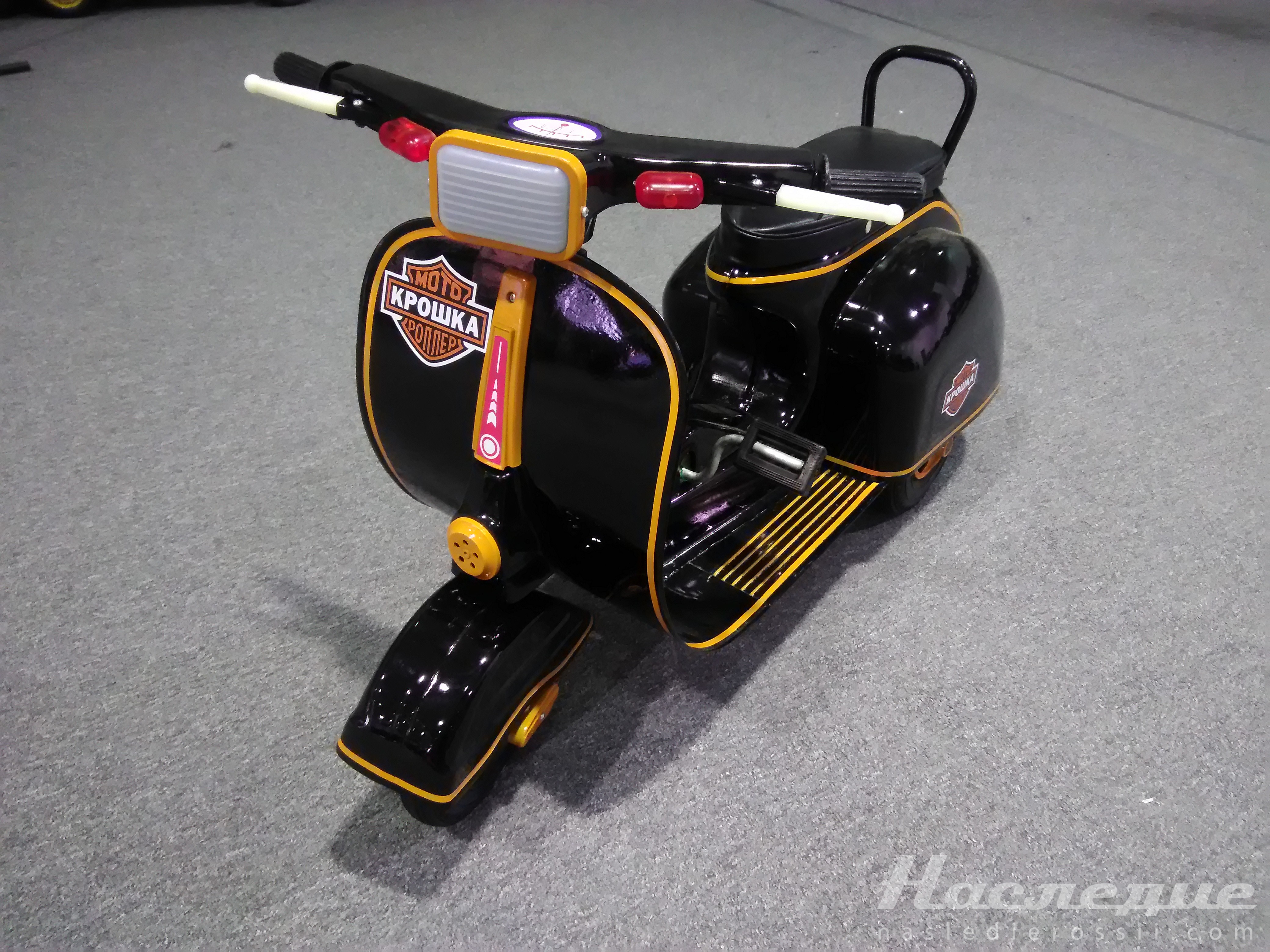 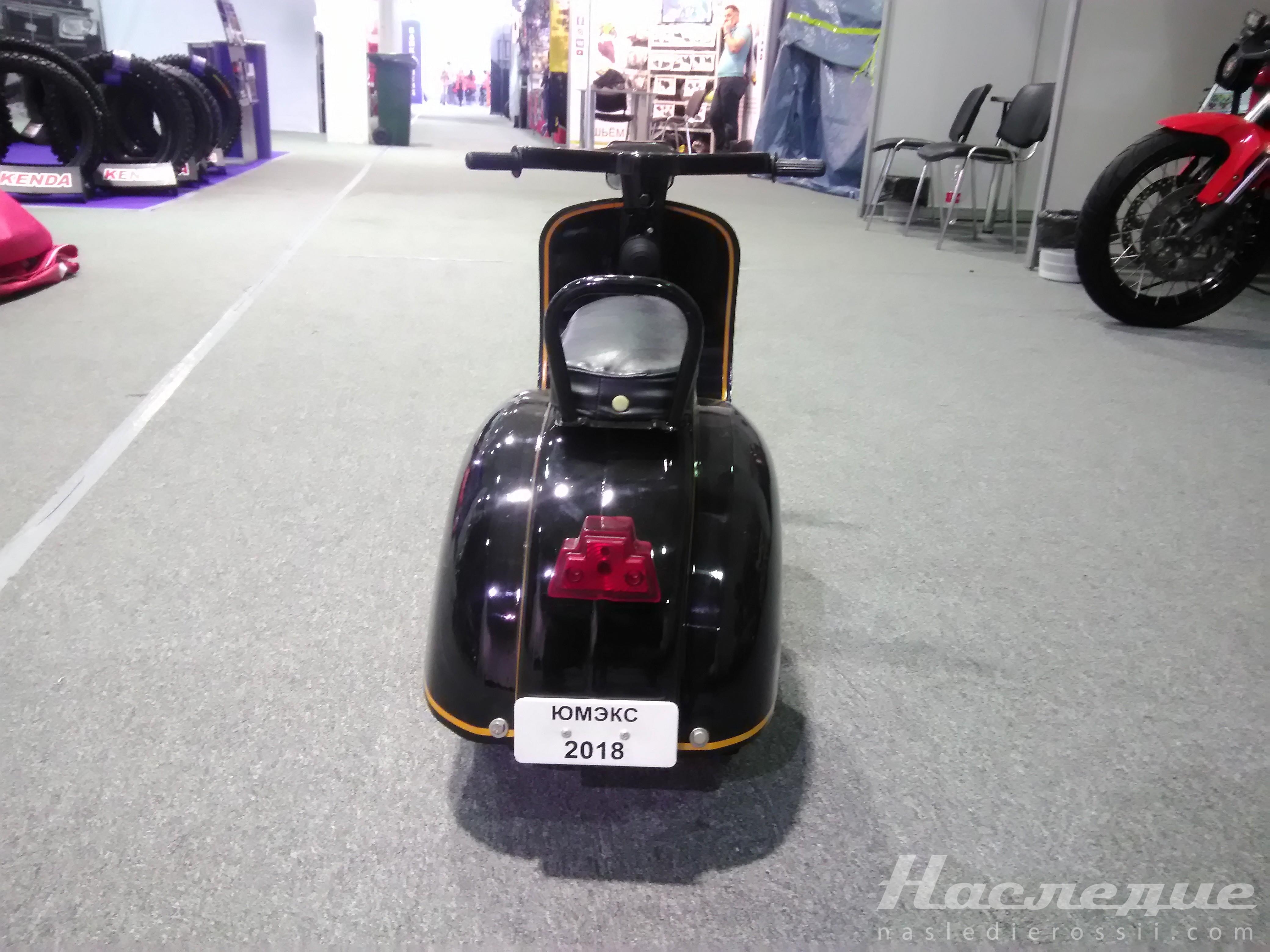 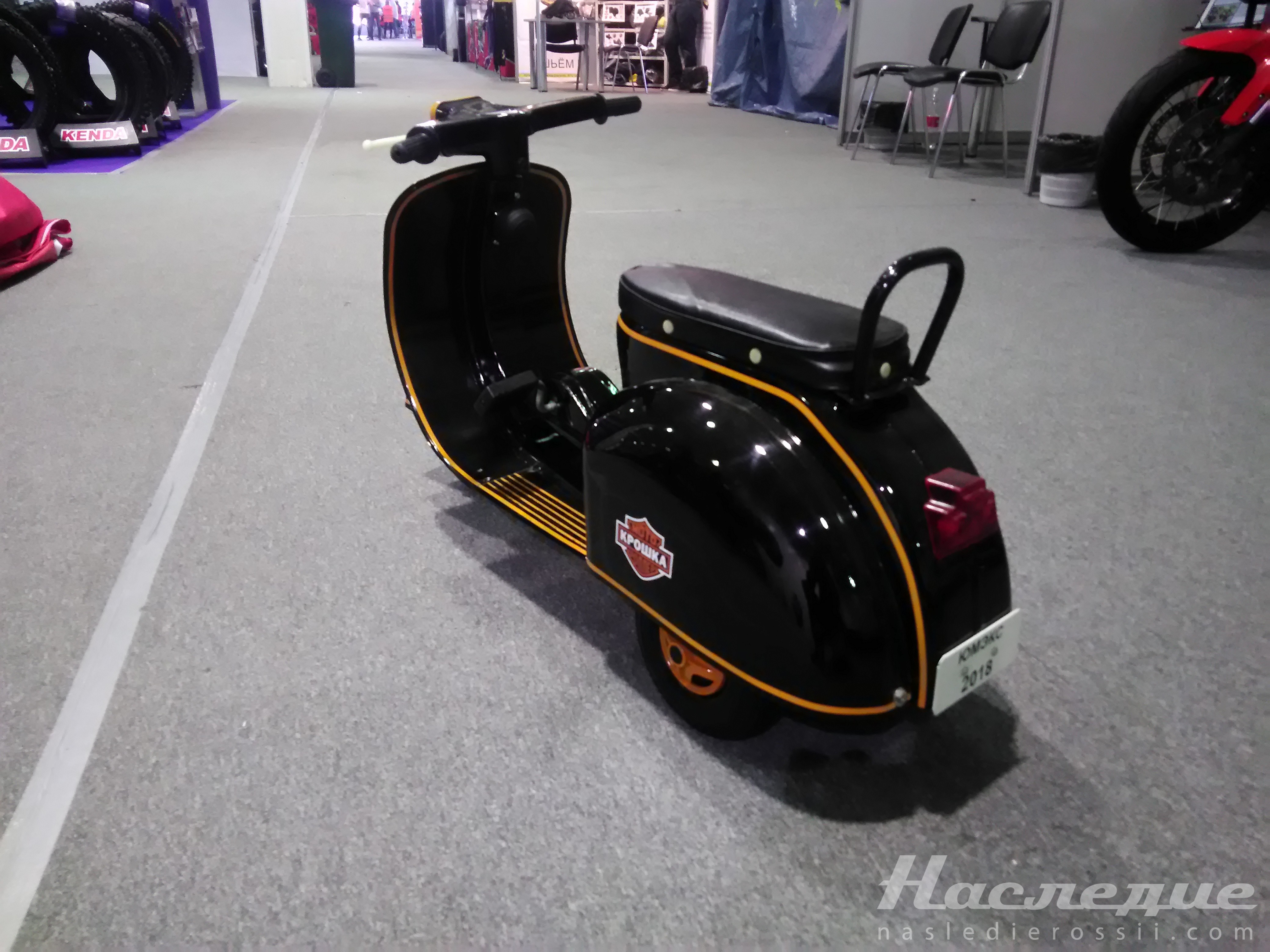 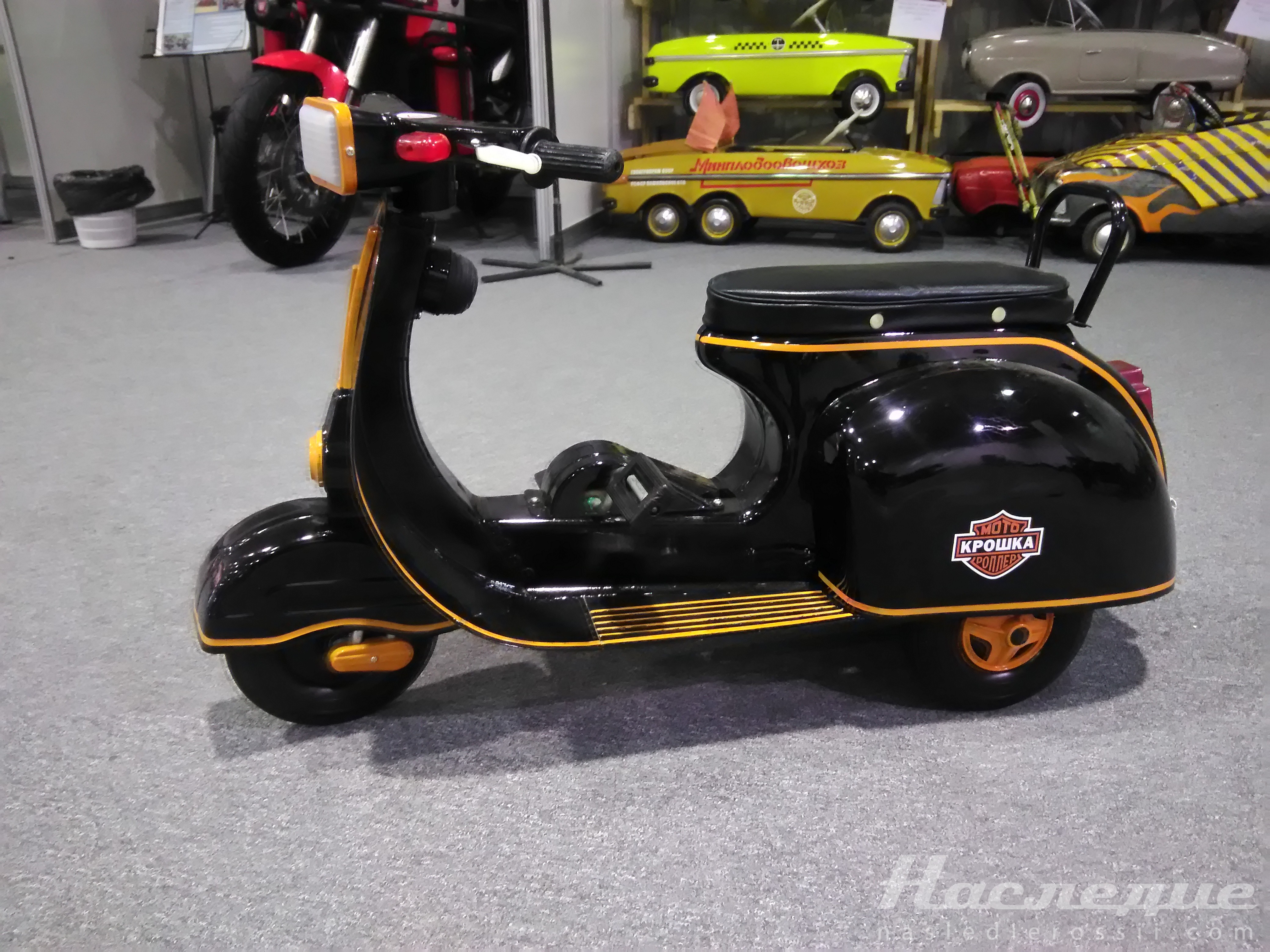 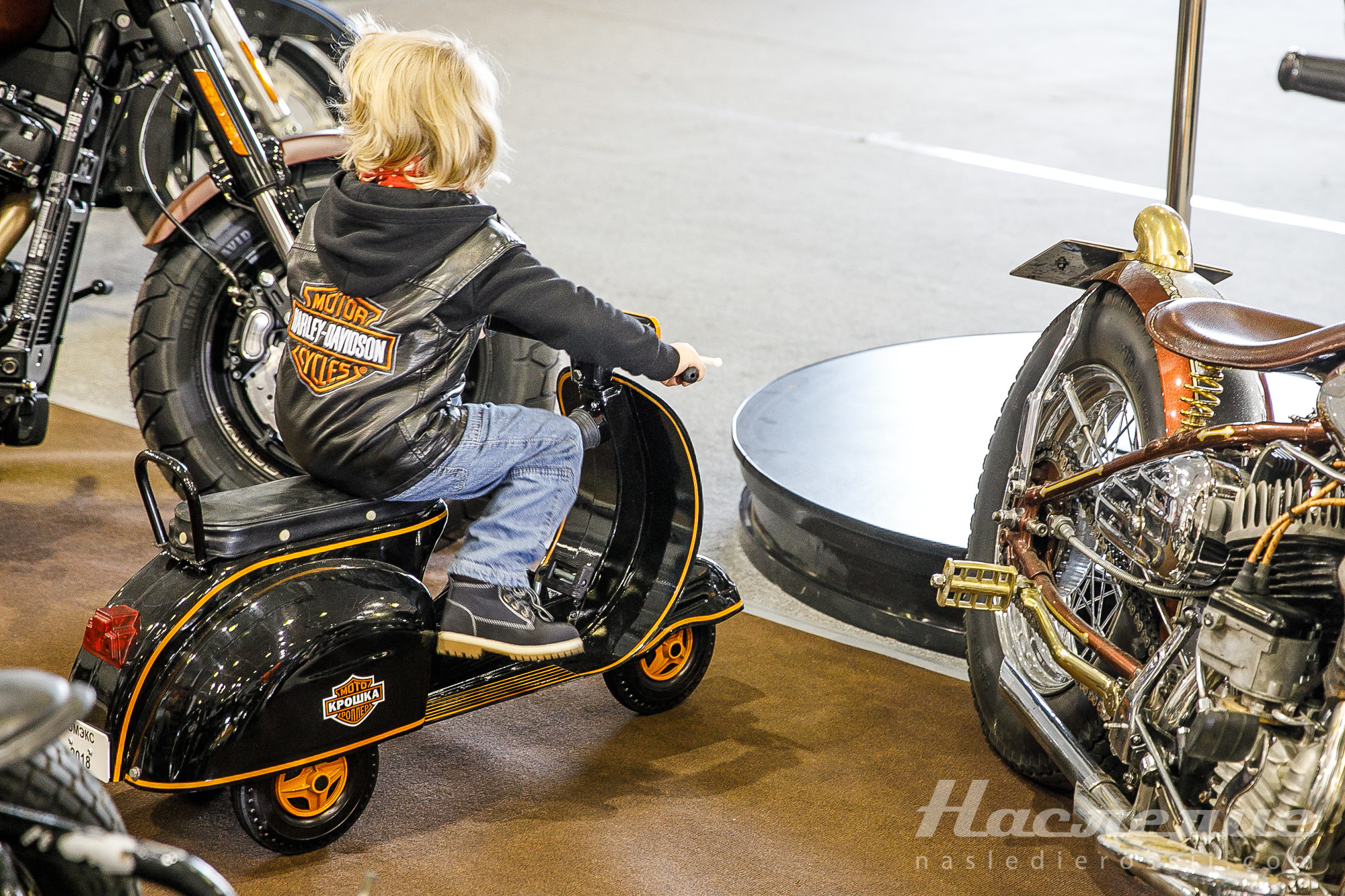