The village of Dinskaya: the population of 130 thousand people, 8 km from Krasnodar. We eat on the car VAZ 2106, 1984 at the invitation of the club of fans of creativity V. Vysotsky “The Summit” on the evening of memory of Vysotsky. Despite the small distance, we still fell under the rain, and the rain for public events is a bad friend. The downpour passed through the village, but the stormy clouds walked over us all evening. Vladimir, the caretaker of the club, met us, showed Vysotsky’s room and we began to help him to take the exhibits to the square, to place next to ours. In the evening the concert program began, the performers of Vysotsky’s songs came from different regions of the region. And in spite of the fact that there were not so many spectators (about 150 people), those who really value the work of Vladimir Vysotsky were gathered. 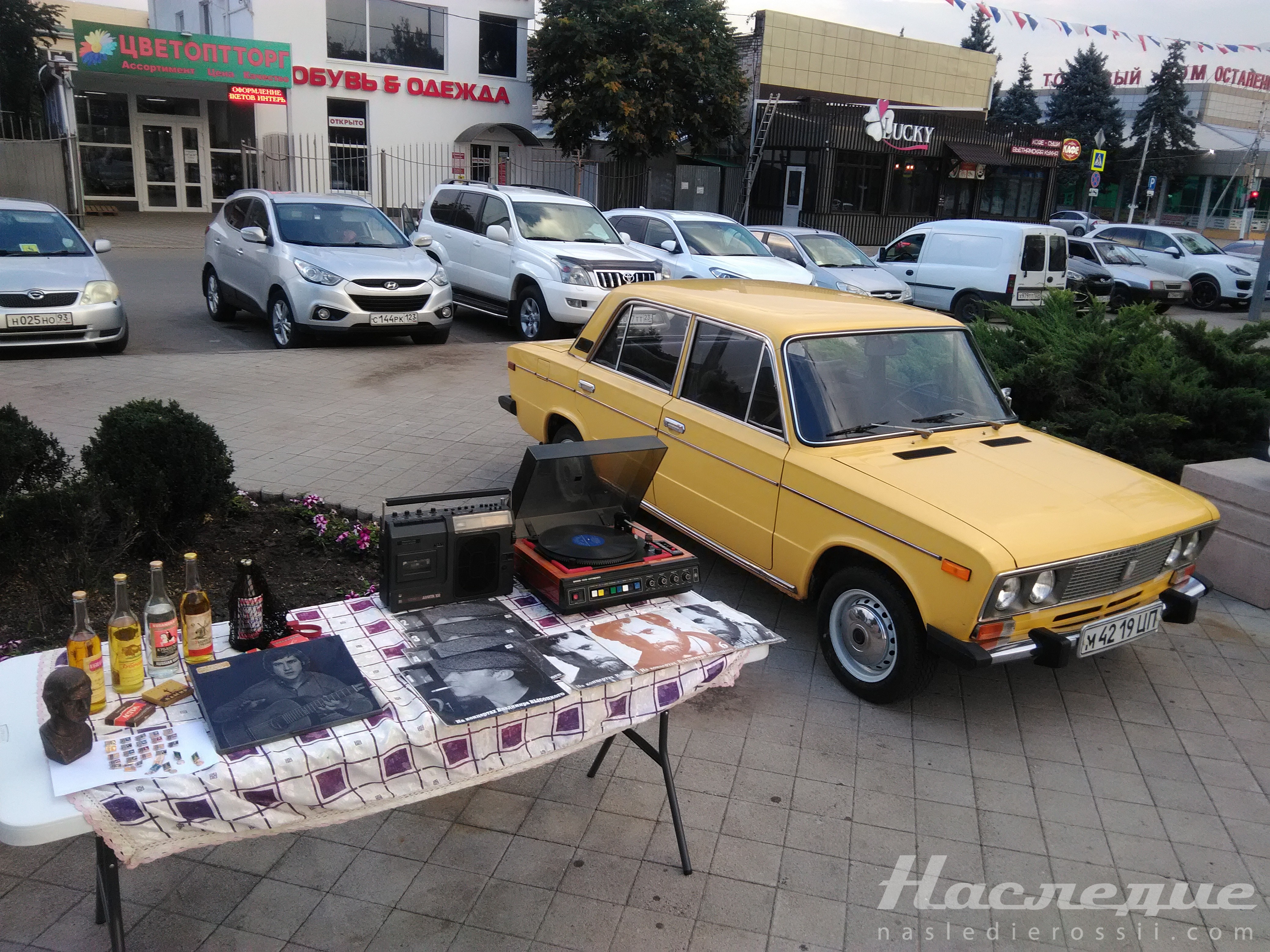 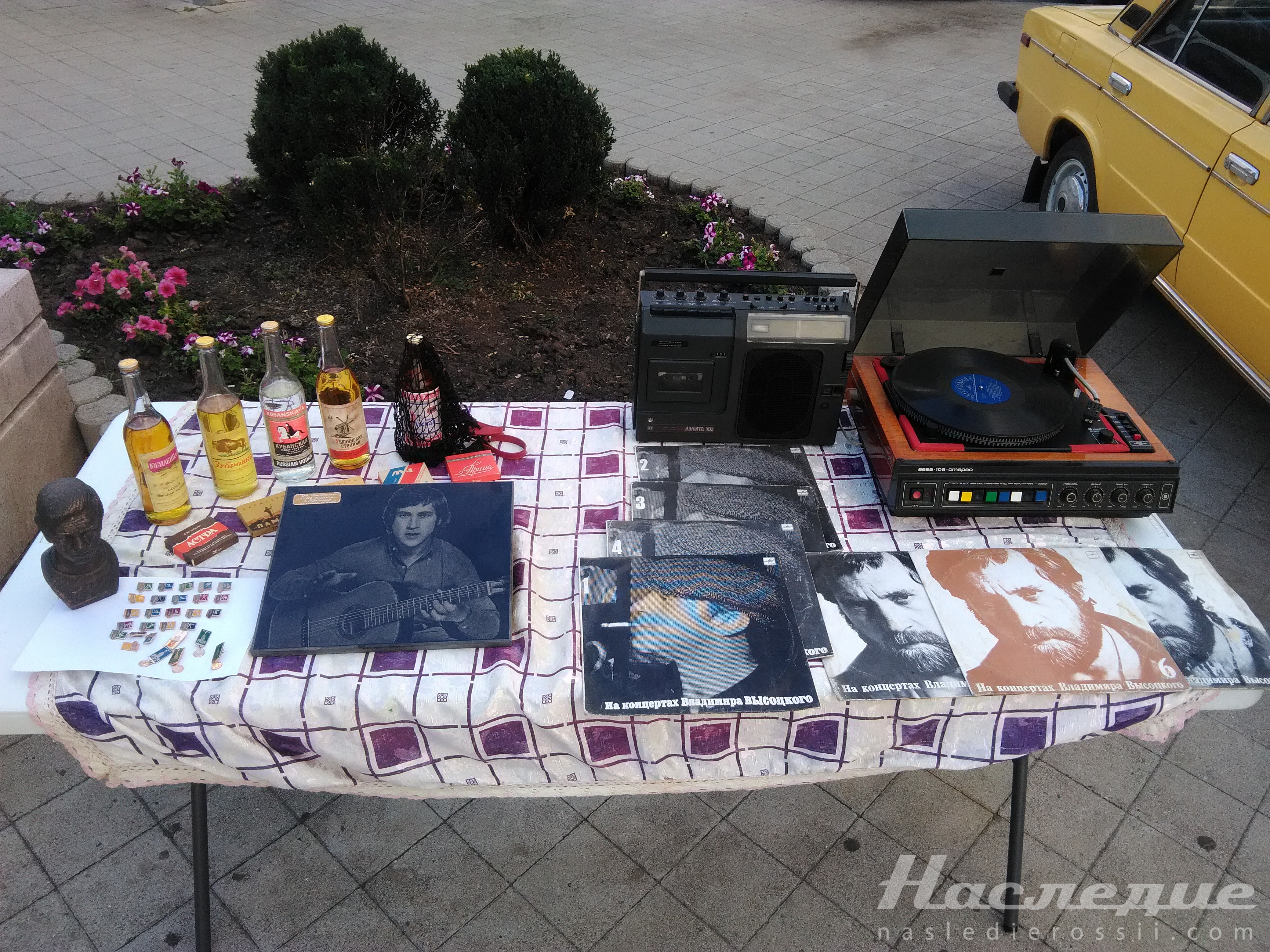 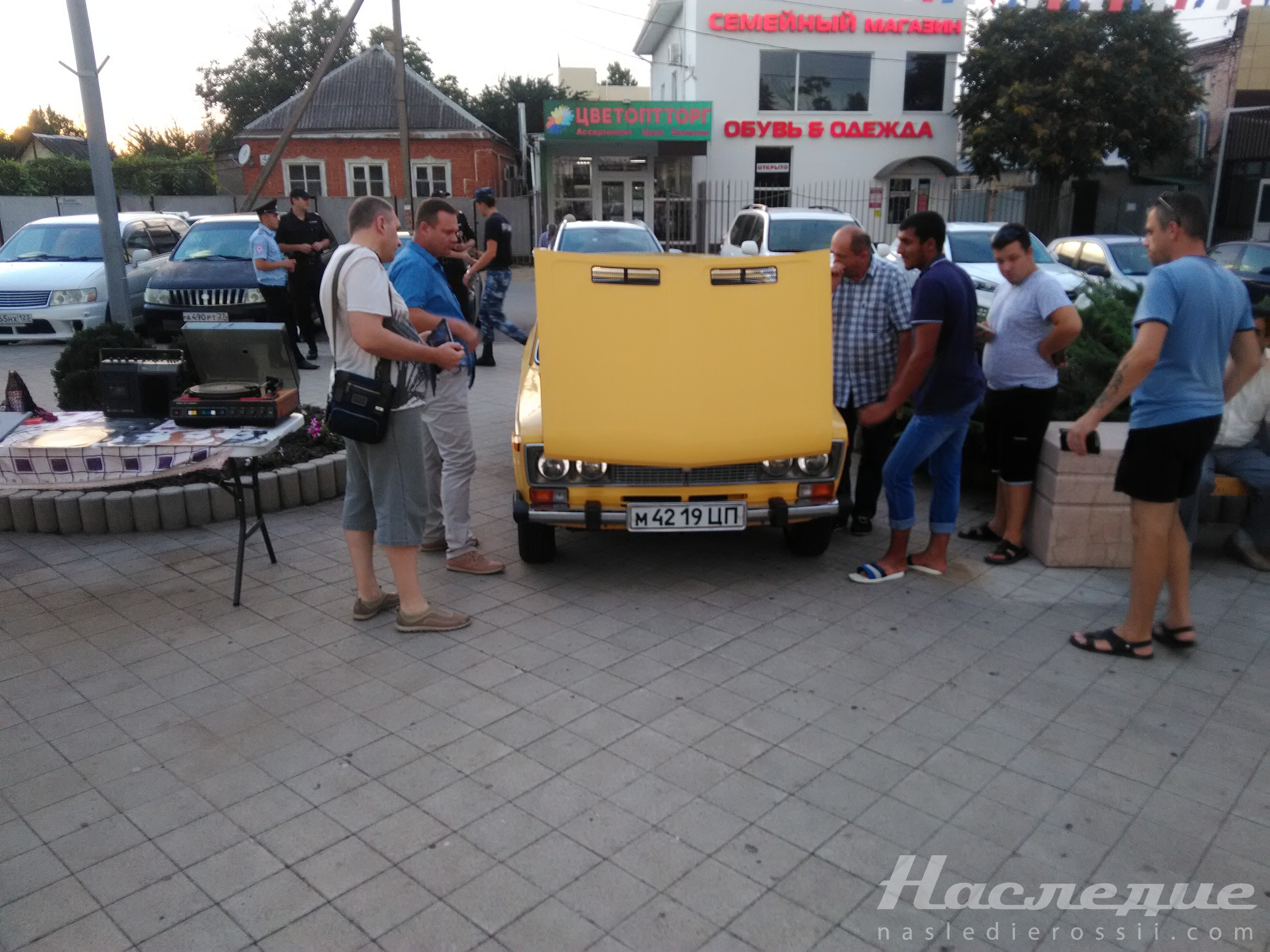 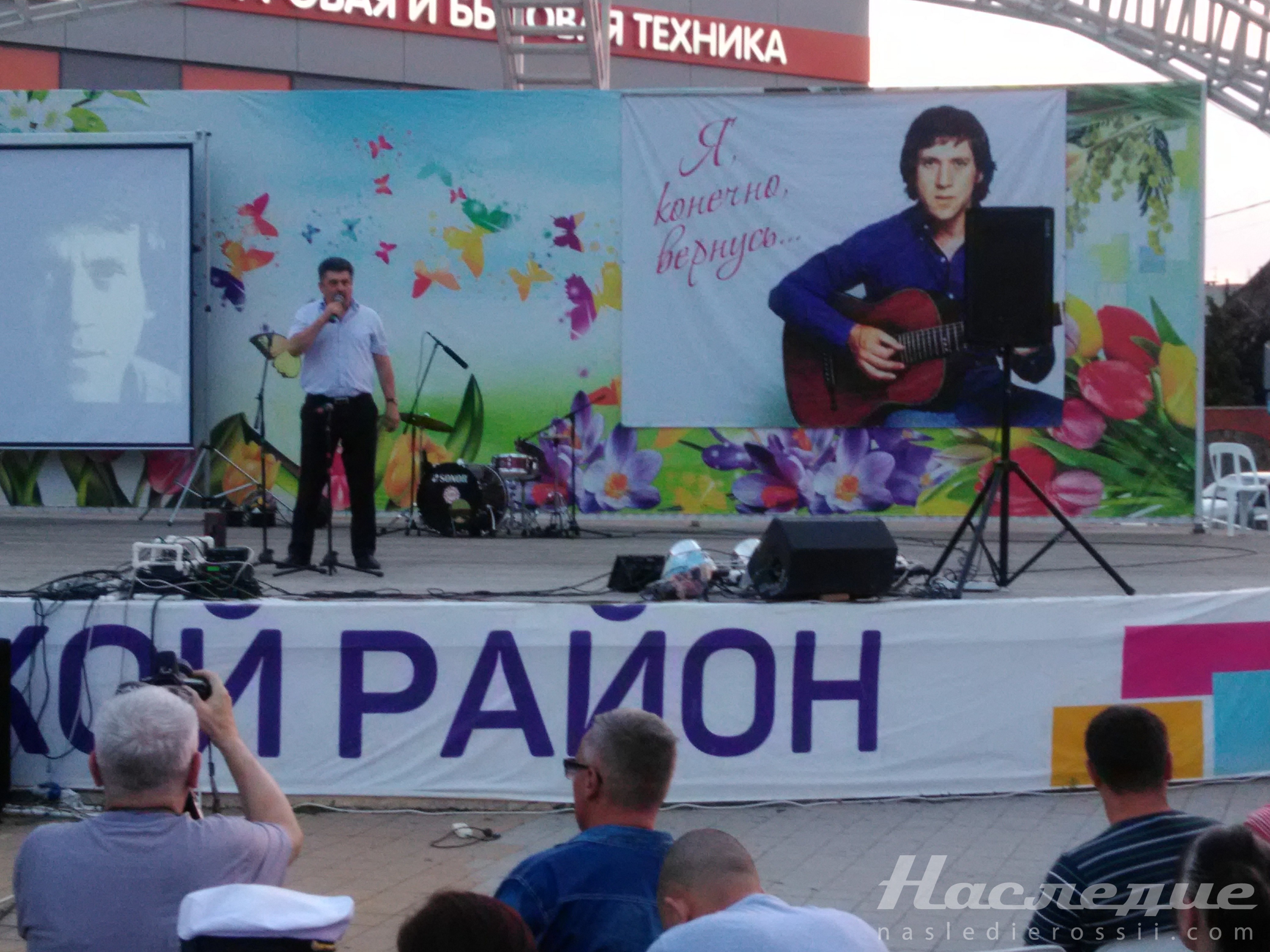